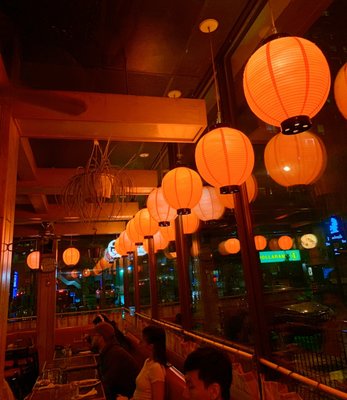 On 23 Charles St. W. the Japanese lanterns continue to glow at Okonomi House. If you have never tried okonomiyaki, this is your invitation.

Okonomiyaki is a Japanese pancake made of a perfect proportion of flour-based batter, shredded cabbage, meat or seafood, and topped with a tangy okonomiyaki sauce, homemade mayo, and bonito flakes. If you have ever experimented with the perfect bite, okonamiyaki might take you there – if you consider the perfect bite being a place.

The original menu remains unchanged and is one of the earlier examples of regional Japanese cooking in the city arriving at a time when sushi was still unfamiliar to many Torontonians.

Okonomiyaki is best eaten immediately, before it gets soggy. With dining rooms closed and restaurants hanging on with takeout, it’s not the ideal food to sit in a container for a long time. This, along with many longtime Toronto restaurants closing for good during the COVID-19 pandemic, had diners worried that Okonomi House would be next.

On the contrary, owner Ryo Tamaru says he’s surprised with the steady stream of customers. “I thought we’d have zero-sum days, but it’s been better than I thought. We’re on the (delivery) apps now and it helps,” he said. “We never had a website, we didn’t even have Wi-Fi.”

Tamaru started working at the restaurant around 2006, after working in other restaurants and travelling to Japan to study culinary arts. He thought about opening his own Japanese restaurant in the city but decided to stick with the family business. His mother was running the restaurant at the time.

When the restaurant first opened, it cost $1.50 for a mushroom or green pepper okonomiyaki; $1.60 for beef, pork, chicken, ham, and salami; or $1.80 for seafood toppings. Nose sold the restaurant in 1989 and Tamaru’s parents became in charge. Currently, the okonomiyaki is still underpriced as a $10 meal in the heart of downtown Toronto.

If you are in the area, do yourself a favour and visit this hidden gem.

Do you know of a story of someone being loving, kind, or how we can help a local business? Share it here.